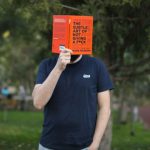 Eventbrite filed an IPO today for $200 million, confirming reports earlier this summer that the event-planning company plans to go public later this year.

According to the document, the company plans to raise $200 million from selling Class A shares, but has yet to list the price per share.

As for what Eventbrite intends to do with the new funds, many are pointing to the need to recover the company’s recent losses.

The filing lists Goldman Sachs as a lead underwriter and bolsters the company’s commitment to providing a platform to “creators of all types” as a competitive advantage. To continue this commitment, the company says it intends to add extended capabilities across categories and countries.

While the company has been in the event space for a while, even older companies like Ticketmaster, StubHub and Live Nation continue to give the company a run for its money — and its customers. For perspective, in 2017, Live Nation reported a record $10.4 billion in revenue.

Social platforms like Facebook have also recently complicated this space by integrating ticket purchasing portals onto its site to direct customers to both Ticketmaster or Eventbrite.

While driving one-time purchases to the services, these on-site portals keep users sequestered on Facebook and in turn don’t allow them to browse other options offered by the ticketing sites.

As it stands now, prior to its stock market debut, Eventbrite has raised $332.3 million over nine funding rounds since 2006, including a debt funding round for $1.5 million in 2008, with the backing of investors like Tiger Global, Sequoia Capital and DAG Ventures.

How to Create an Effective Customer Journey Map